The much-awaited film, Pathaan, is all set to release in cinemas tomorrow, that is, January 25, 2023. Starring Shah Rukh Khan, Deepika Padukone and John Abraham, the excitement for the action entertainer is terrific. This is evident by the fact that its advance ticket sales are unprecedented. The Bollywood film industry had a poor 2022. Hence, that Pathaan is all set to take a thunderous opening has spread cheer among all the stakeholders. 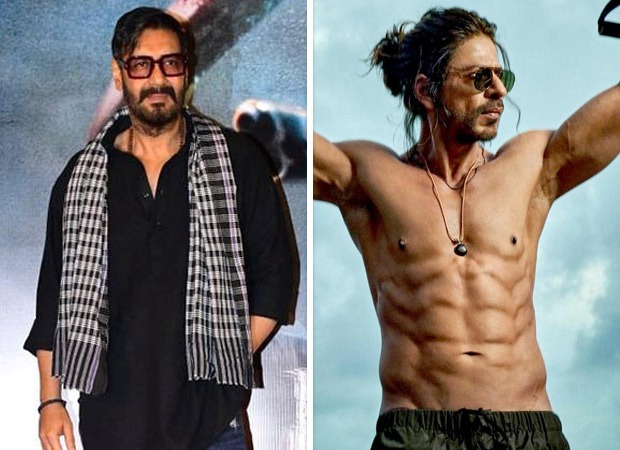 At the second teaser launch of Bholaa, lead actor and director Ajay Devgn also shared his excitement on this aspect. He said, “When Drishyam 2 (2022) released and became a super hit, I used to tell people that we need many more hits so that the habit of watching films in cinemas is re-cultivated. Let’s keep our fingers crossed. I want all films, which release, should be a super hit.”
Ajay continued, “Pathaan is going to release. The advance of it is so fantastic. Aaj tak kisi Hindi film ka aisa advance hua nahin hai. Main dil se bahut khush hoon. And we all should be very happy about it.”
The media persons clapped as Ajay Devgn praised Pathaan‘s bookings.
Speaking of Bholaa, it also stars Tabu, Deepak Dobriyal and Sanjay Mishra and will release in cinemas on March 30, 2023.
Also Read: Bholaa Teaser: Ajay Devgn looks fierce as he performs action-packed stunts
Catch us for latest Bollywood News, New Bollywood Movies update, Box office collection, New Movies Release , Bollywood News Hindi, Entertainment News, Bollywood Live News Today & Upcoming Movies 2023 and stay updated with latest hindi movies only on Bollywood Hungama.
No Releated Data

Skip this step for now