January 24 2023
Tuesday Morning Report
Today will be dry and a bit breezy, so while mild there will be a bit of a wind chill. The main issue is the winter event on the way tomorrow. The timing is key to determine whether it can catch up to the early morning cold. The tendency has been for precipitation to arrive a little faster than the models show, which would mean a little more snow and possible stickage on roads.
Winter Weather Advisory: Southern Pennsylvania. I have a map and suggestions where in Maryland, VA, and WV may get added.
At this point, the arrival may be 7 AM to 11 AM, limiting any impact.  Below is a look at the models and my thoughts. Metro Baltimore and north have the better chance. The urban and southern areas are likely to be mostly rain. Our next storm is located in Texas this morning. Colder air with a cold front along the Canadian border is going to try and expand southeast.  This is a matter of timing and location. How far and deep can that cold air reach when the storm arrives…. 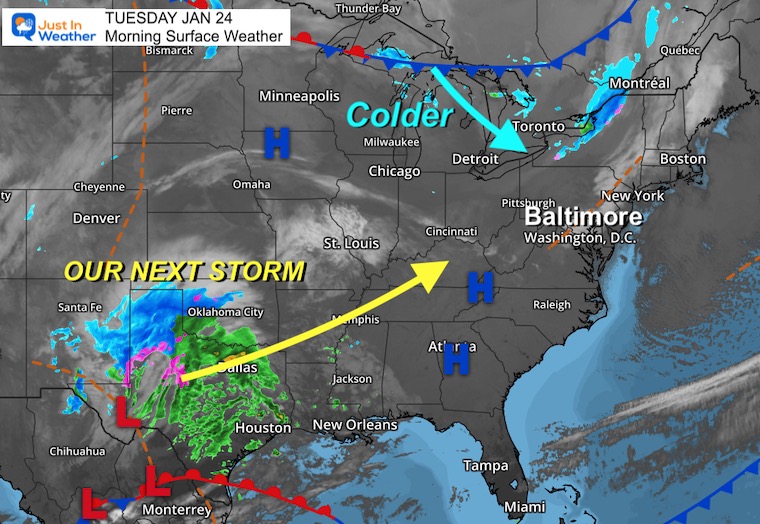 Winds will be 10 to 20 mph.
Once again a little above average. 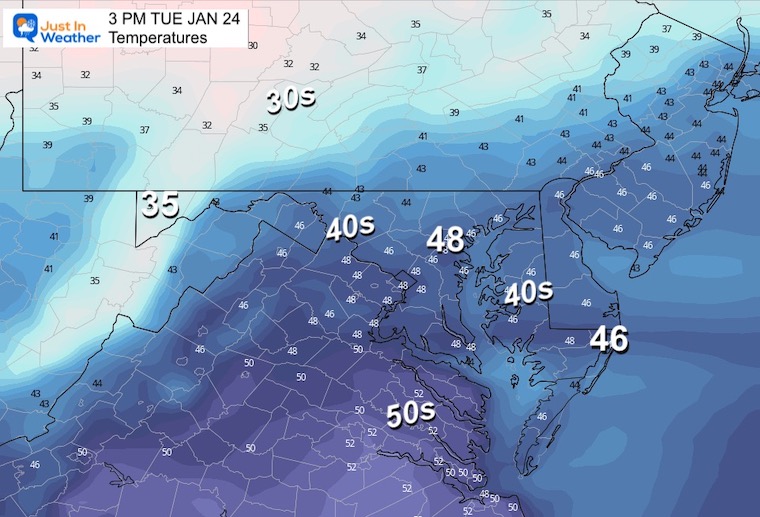 Not much, but noticeable. Winter History: Low Snow And Late Starts
See my research based on Baltimore data since 1883. At this point, NWS State College has put out their alerts for Pennsylvania. NWS in Sterling VA covers most of Maryland, VA, and WV. I believe the area highlighted may (not promised) have some advisories posted today. Pay attention for any updates and I will share during the day. I’m showing my comfort level at this point on the map below.
Timing will be KEY!  At this point, the models are trying to bring this in after sunrise to midday. Should we end up with a faster arrival closer to, or before sunrise, there will be more cold air in place to expand the snow coverage.

If you saw some snow yesterday morning (Monday), then you have a better chance to see it again Wednesday. 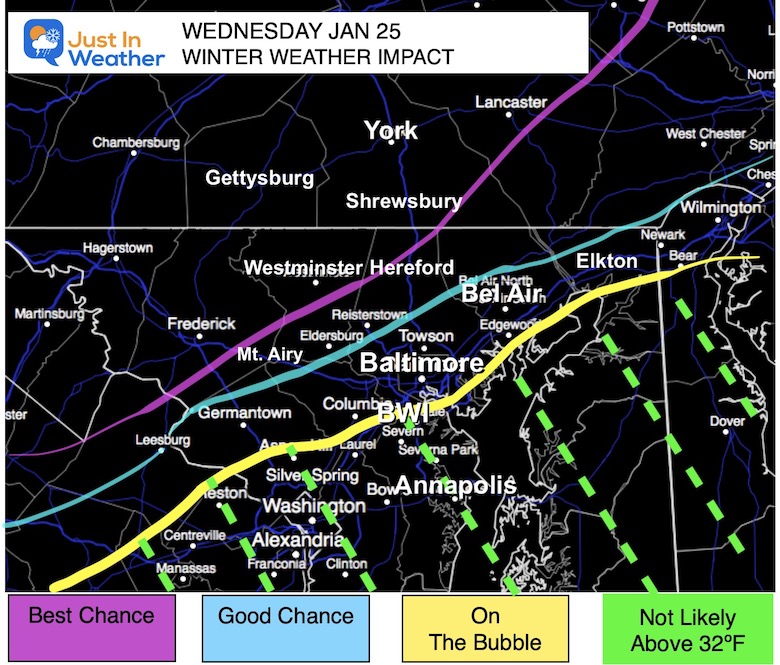 Timing is Key. Earlier would allow for colder air to team up and bring more snow.  Later would be a little warmer and more rain through metro Baltimore. It will gradually mix and change to all rain for the colder hills and mountains. More snow will hold in central and northern Pennsylvania.

Between 7 AM and 10 AM for the arrival shown, entering metro Baltimore with flurries while steady impact snow in the mountains. This is a little faster, thus showing light snow into central Maryland between 7 AM and 10 AM. This is a little later between 10 AM to 1 PM. The mix line splits through central Maryland with a mix west. This is later and allows for enough warming to bring mostly rain into central Maryland. The mix or snow is confined to near the PA line and north. Timing is KEY to try and catch up to the cold air, but it will be warming slowly into the afternoon and night.
The freezing temps reach into much of Maryland.. 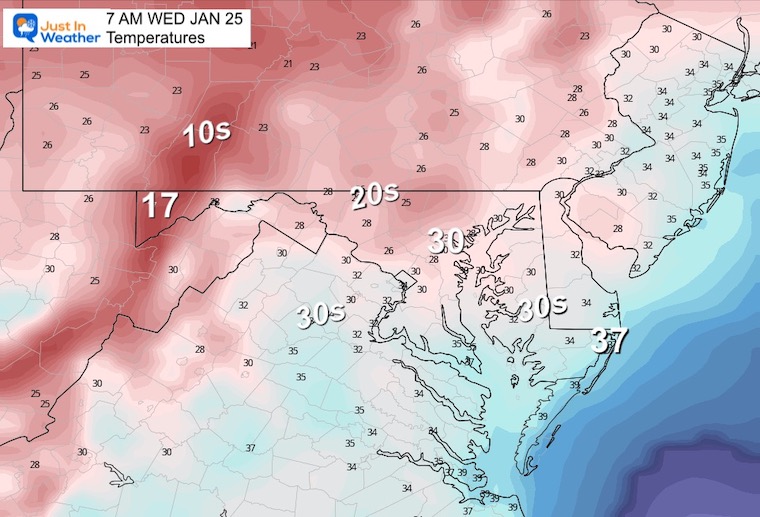 Temps will continue to slowly warm all afternoon and into the night. Some upper level energy behind this storm may allow for some flurries. That is the best I’ve got as temps remain mostly above freezing in metro areas during the afternoons. 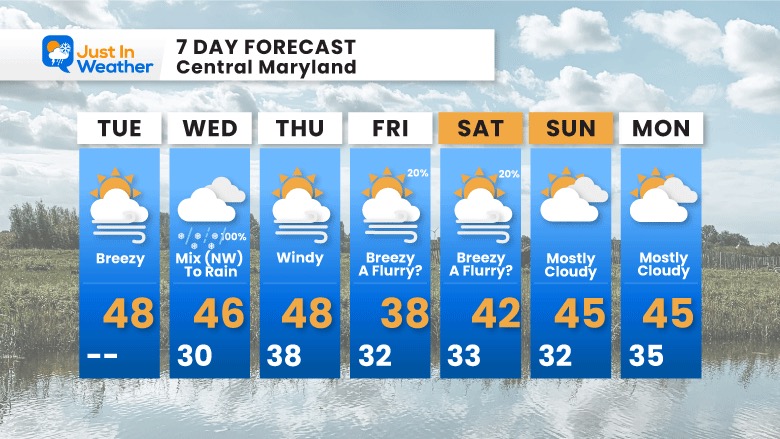 Click to see more and ‘Book’ a visit to your school

I see many factors to support colder influence with multiple systems. Early and later in winter. Check it out.
Winter Outlook 2023 For Snow Not Typical La Niña Plus Polar Vortex Disruption


If you want a snowy winter, this is what you might want to look for in the rest of the tropical season. (You might be seeing a lot of commercial snow removal people out this Winter).
Record August For No Named Tropical Storms: Closer Look At Snow Following

Is winter weather coming to Hampton Roads next week? Here's what we know. – 13newsnow.com WVEC

NORFOLK, Va. — If you want to do something outdoors under nicer weather conditions than […]